Enjoying sun and heat is the highpoint of many summer and holiday destinations. Be careful, however, with the sun's radiation. Too much ultra-violet (UV) radiation and sunburn will increase the risk of skin cancer.

The skin cancer risk is also present in Finland, even though the sun is not as hot here in the warm countries in the South.

Skin cancer is almost always due to the sun’s UV rays. Up to 95% of skin cancer can be prevented by being properly protected from sunlight. The main way to protect yourself from solar radiation is to stay in the shade.

What cancer does UV radiation cause?

Skin cancers have become more common in recent decades. This is due to the aging of the population, but also to the fact that people wear lighter clothing when in the sun.

Melanoma is the most dangerous skin cancer because it spreads rapidly by metastasising. The burning of the skin at an early age further increases the risk of melanoma. Sunbathing and using solariums also increase its risk.

Melanoma has been the fastest growing cancer in the Western for decades. Melanoma typically develops on the skin of the body or limbs. By contrast with other skin cancers, melanoma occurs among relatively young people.

The risk of melanoma is greatest among those who have:

Melanoma often develops as in the form of a new mole or change in the skin. It is estimated that a third of melanomas starts from a mole that already exists. Always consult your doctor if the appearance of a mole on your skin changes, or if you are concerned by appearance of a new mole.

Other types of skin cancer

UV radiation from the sun can damage skin cells. Changes take place in damaged skin cells, and these can lead to skin cancer.

UVA radiation penetrates the deeper layers of the skin.

UVB radiation penetrates the superficial layers of the skin, and its effects thicken, brown and eventually burn the skin. Sunburn is mainly caused by UVB radiation.

UVC radiation is completely filtered out by the earth’s upper atmosphere.

The carcinogenic effects of UVB radiation have been known about for a long time. It was long thought that UVA radiation was harmless, but according to recent research it can promote the onset of skin cancer.

The skin contains melanin pigmentation because of the UV radiation from the sun, and the skin turns brown. Getting a tan is the skin’s protective mechanism. The purpose of turning brown is to protect the deeper layers of the skin. When the pigment darkens, te amount of it increases and the skin becomes thicker. But a tan does not protect the skin from sunburn. Even dark brown skin has at most a sun protection factor (SPF) of 4.

Sunburn is a visible sign that cell damage caused by UV radiation has exceeded the skin’s resilience. Reddening of the skin is already an indication of sunburn. Many Finns get sunburn after just 10 minutes in strong sunshine

The skin doesn’t toughen up with sunburn, quite the opposite. The skin remembers sunburn. Because of this, large doses of UV radiation received in your childhood and youth, and repeated sunburn increase the risk of skin cancer later in life.

Prolonged exposure to UV radiation also causes the skin to age. Most changes in the skin associated with ageing are caused by UV radiation. The skin loses its elasticity, becomes wrinkled, sags, develops splotches, and becomes rougher.

Children’s skin is more sun sensitive than adults’, because children’s skin is thin and its own protective properties are not yet fully developed. Children also spend a lot of time in the sun. Repeated sunburn in childhood increases the risk of melanoma later, which is which protecting children from the sun is particularly important.

If you get sunburned, a cortisone ointment can relieve the worst skin reactions, and you can use anti-inflammatory medication for the pain. However, it is not possible to mitigate the cell damage caused by sunburn after exposure. What’s important is to avoid getting sunburnt in the future.

People can be divided into six different according to their sensitivity to sunburn. It is fairly easy to identify skin type based on skin colour. Very fair freckled skin belongs to skin type 1, and fair skin to skin type 2. Darker skin is better at withstanding sunshine than fair skin, but it does not stop skin cancer. It is also good to remember that getting a tan does not really improve your skin’s resilience.

The most sensitive to sunburn are people with skin type 1 or 2. They are at most risk of developing cancer.

Sunbathing, especially on trips abroad, on the beach or by the pool, may seem like a relaxing idea, but for the sake of your own health it should be avoided. In an open location, such as a beach, half of the solar radiation comes from diffused solar radiation from the surroundings. Also, lying in the sun in swimwear is especially harmful. When you are lying down, a significantly larger area of body is exposed to the sun, and the solar radiation is strikes the skin full on.

When you are in a vertical position you receive only a quarter of the UV radiation compared to the lying in the sun. It is good to enjoy the sun when moving about, standing up, as well as by being in the shade.

Sun beds are not a safe alternative to solar radiation. In fact, the UV radiation you get in a solarium can be 10 to 15 times stronger than you would get from half a day in the sunshine in southern Europe.

The UV radiation in a solarium is different to that from the sun. In a solarium your skin is clearly exposed to more UVA radiation than you get from the sun, and you turn brown quickly. However, the skin thickening effect of UVB is absent altogether. Your skin’s protection is therefore worse with a solarium tan than a natural suntan. Sun bed tans plus repeated sunburn significantly increase the risk of getting skin cancer.

Solarium use by people under 18 years old is completely prohibited.

We should not underestimate the power of solar radiation. The stronger it is, the faster it damages the skin. The intensity of UV radiation depends on many things.

It is influenced by

For example, in mid-summer, the safe amount of sunshine is exceeded more rapidly in the middle of the day than in the morning hours.

However, it is good to note that cloudy weather does not protect against UV rays. Up to 90 % of UV radiation can penetrate thin cloud.

The sun is particularly intense on the beach, when there’s snow, and near water, as pale sand and especially snow reflect a lot of radiation. Water also reflects the sun’s rays.

The intensity of ultraviolet radiation is described using the UV Index. The UV Index indicates the amount of solar UV radiation in one ratio. The higher the number, the shorter the time your skin will withstand the sun without burning. For example, if the UV index is 9, the sensitive skin will burn in 14 minutes.

You should protect against UV radiation when the UV index is 3 or more. A UV index over 11 means the UV radiation is extremely powerful and harmful.

In Finland, the UV Index exceeds 3 from May to August. You should protect yourself from the sun on a daily basis from 11 to 15.00. In southern Finland the UV index is about 5 or 6 at the most on a sunny day in the middle of summer.

In popular holiday destinations, such as Mediterranean countries, Thailand, and the Canary Islands, the UV index is always over 3, and at its strongest can be over twice that of Finland in summer. UV radiation is also intense in mountainous areas. In the Himalayas for instance, it can be as much as 16.

Sunshine can be a great as long as you remember to protect yourself and enjoy it moderately.

There are three main ways to protect yourself from solar radiation: shade, clothing, sunscreen.

Stay in the shade, especially in the mid-day sun. About half of your daily UV dose accumulates between 11.00 and 15.00. Being in the shade is the primary and simplest way to protect yourself from the  harmful effects of the sun’s rays.

Protect yourself with light, loose clothing. It is good if the sleeves extend to elbows and shorts or skirts to the knees.

Opt preferably for baggy rather than tight clothes. Dark and colorful fabrics protect better than lighter clothing. Thin, light or worn clothing can only match an SPF of 4 or 5.

Wear a hat. A wide-brimmed hat protects your face, neck and ears.

Check that your sunglasses are of good quality.

You can identify good quality glasses by their

Note that if you do not put on enough lotion, its strength may be reduced by half. It is therefore better to opt for a higher SPF.

Check that your sunscreen protects against both UVA and UVB radiation.

Use sunscreen on places not covered by clothing, such as your face, ears, legs and backs of your hands. You should use an even higher SPF for children.

“Put on plenty of sunscreen, more than you would a normal moisturiser.”

Put on plenty of sunscreen, more than you would a normal moisturiser.

Put protection cream well, more than usual moisturizer. Apply sunscreen half an hour before going out and again after half an hour. Apply more after swimming, towel drying or sweating. Even tanned skin needs protective lotion.

Sunscreen products keep for about a year. Do not store the lotion in sunlight, as many sunscreen molecules will easily break down in the heat.

Adequate vitamin D intake does not require sunbathing for hours. A light-skinned Finn gets enough vitamin D in April to September by staying in the sun for about 15 minutes three times a week, with face and hands exposed, when the UV Index is over 3. You also get vitamin D is by eating fish and foods with added vitamin, such as dairy products.

In winter, it is necessary to take vitamin D as pills or as a dietary supplement. People with darker skins in Finland should use such vitamin supplements throughout the year.

Be Safe in the Sun, American Cancer Society 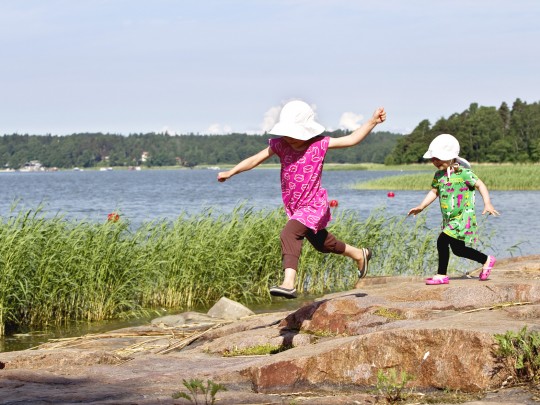 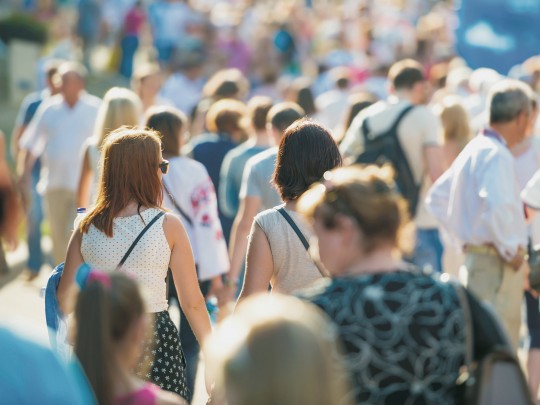